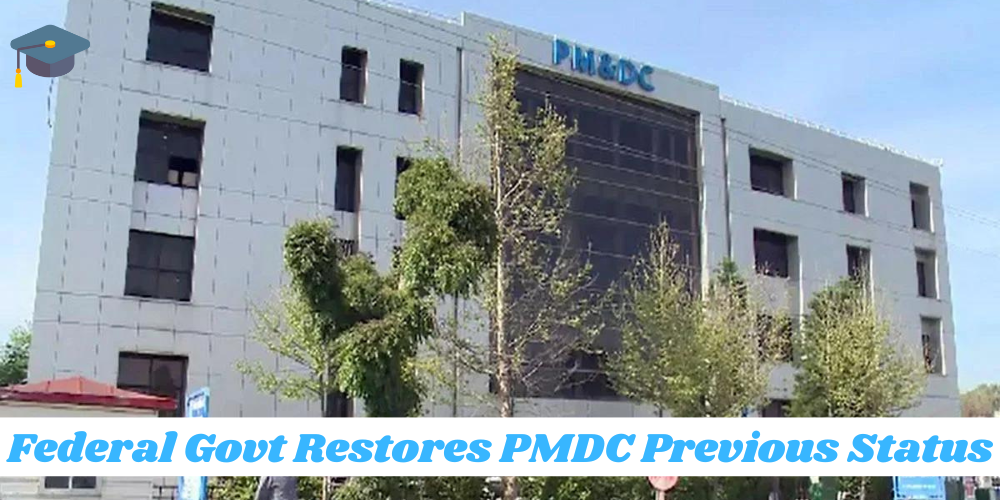 The Pakistan Medical Council (PMC) has had its previous status restored by the federal government following the President of Pakistan’s approval of the Pakistan Medical and Dental Council Act, 2022. The act, which was passed by the parliament, aims to establish a uniform standard of qualifications in the fields of medicine and dentistry.

The PMDC bill, which is now fully operational, will be guided by the guidelines outlined in the act. The bill was initially passed by the Joint Session of the parliament on December 20, 2022, but was sent back to the President for further amendments before being signed into law.

The council’s spokesperson announced that with the official signing of the gazette notification, the PMDC bill is now fully functional and that all matters related to the PMDC will be handled according to the guidelines outlined in the act.

Check Result is the Pakistan Educational Platform where Students can not only check All Pakistan Results but can also prepare for the Test and also get Jobs Alert and all Educational News.